It has been revealed that Arsenal legend Thierry Henry has spoken how he first touted himself to Gunners boss Arsene Wenger. 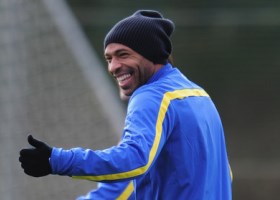 It was during the close-season of 1999 that the pair – formerly together at Monaco – were reunited at 33,000ft.

“After the Juventus game at the end of the season I went back to Paris.

“That is when I told him I would love to join Arsenal.”