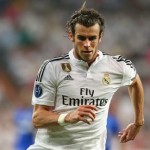 It has been reported that Real Sociedad coach David Moyes admits he tried everything to sign Real Madrid star Gareth Bale for Manchester United.

Moyes has revealed he was “desperate” to sign Bale during his time in charge at Old Trafford and is backing the Welshman to bounce back at Real Madrid.

“Firstly, Gareth Bale is an outstanding player,” Moyes said. “I was desperate to take him to United from Tottenham, but couldn’t quite get him. He had his heart set on going to Madrid.

“He was very much on my radar as soon as I went to United.” Mata Insists Man Utd Must Do Better For Incredible Supporters