Arsenal legend Patrick Vieira has revealed that he turned down a move to Real Madrid during his playing career. 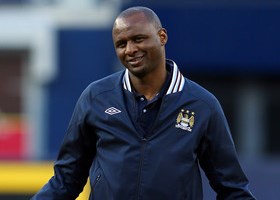 The 37 year old French icon revealed he turned his back on a move to Real Madrid at the last minute in 2004, admitting he would have left Arsenal at that stage had he known he would prove surplus to requirements a year later.

He said: “I was really close to leaving for Madrid the year before I left.

“The deal was done between the two clubs, so when it was time for me to leave I changed my mind because I believed that I wanted to stay at Arsenal, I wanted to finish my career at Arsenal.

“I didn’t see any reason to leave, I don’t know if it was lack of courage to go.

“If I knew I was leaving the year after, I was going to Madrid.”