Manchester United signing Juan Mata has admitted that he is surprised Chelsea sold him. 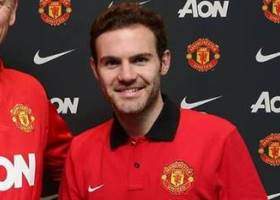 The Spanish international star will be formally presented as a United player on Monday lunchtime at the club’s training ground, but gave an interview to in-house channel MUTV in which he too expressed surprise that Chelsea had been prepared to let him go.

“To be honest I think it’s a bit surprising, but I have to say I am really grateful to Chelsea – to the owner, to the people working in the club and to the fans. The last six months were difficult for me, I didn’t play as much as I wanted to,” he said.

“I understand that football is a team sport and I respected that situation. But the chance to come to Manchester United was a great chance for me to carry on with my career, they are a massive club.”