Reports are out claiming that Arsenal boss Arsene Wenger has attacked FA chairman Greg Dyke’s plans to limit the number of non-EU players in the Premier League. 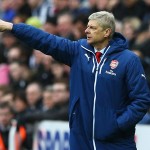 Dyke wants to cut the number of non-EU imports by a third and wants every Premier League club to have 12 ‘home grown’ players in their first team squads of 25.

“I believe that we are in the world of competition. Competition means who of you or me is the best one. We have to accept that,” Wenger told beIN Sports.

“That means as well that the rules of the game must be structured to favour the best. Or we are not in a competition anymore.

“So we can say one of two things – we protect the mediocre or we produce the best players.

“I personally would support hugely to pay super people who think about how we can produce players from five years old to 20 years old to be as good as they can be rather than protect them through wrong mediocre rules.

“I give you two examples. In Yugoslavia in the past they decided you had to play three players on the team sheet who were under 21. What happened? They became professional subs. It happened in France, too.

“Then they decided you had to play three players under-21 from the start. You know what happened? They subbed all three after five minutes.

“If we want to sell the Premier League for a huge amount of money then we need to say: ‘buy this, this is the best in the world.’ You cannot go against the quality and what is at the heart of our job which is competition.

“The best must be the best. That’s why I will fight against it. I have very little power but I don’t think the idea is right.”