Arsenal legend Thierry Henry has admitted that he is a big fan of Mesut Ozil. 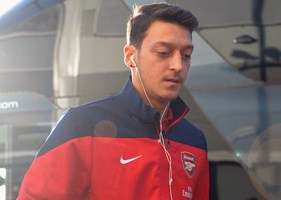 Henry, currently with New York Red Bulls, is training at London Colney during the offseason.

The French icon told Sky Sports of Ozil : “I would have loved to have played with him, he reminds me of Robert Pires,”.

“He will share the ball. He can find a guy who is quick, a target striker. He can play any type of ball.

“He has the thing you want from a midfielder. He has time. It seems like he is playing on his own in his garden.

“Him coming with his name. You have got to back it up. He did back it up.”

Arsenal Must Pay €35 Million If They Want Gonzalo Higuain Top 10 Most Expensive Player In History