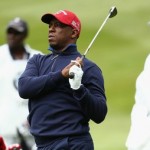 Reports are out claiming that Arsenal legend Ian Wright has rejected the prospect of co-hosting a Football League TV show with Stan Collymore.

Former Liverpool striker Collymore is among the most controversial media celebrities in football.

Wright said: “I was contacted about this and told them straight away that it was a non-starter.

“Collymore is the last person with whom I want to host a football programme.”