It has been reported that Liverpool striker Daniel Sturridge is determined to turnover Chelsea this Sunday. 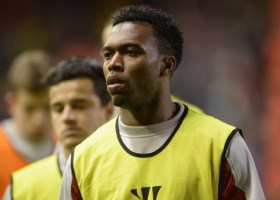 The England international joined the Anfield outfit from Chelsea in January 2013 and scored against his old club when the pair met last term.

Sturridge said: “Hopefully this weekend I’ll be back.

“I’m not too sure if he [Brendan Rodgers] will play me or not. We’ll have to see.

“I would like to show respect to my former club.

“But if I were to come on and score in the last minute I’m going to be on a mad one, aren’t I?

“I don’t want to – but I don’t know if I could control myself if that happened.”