It has been reported that La Liga president Javier Tebas has revealed he would have loved to have seen Wayne Rooney play in Spain’s top flight. 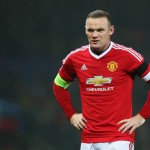 The Manchester United captain has been linked with an Old Trafford departure on a couple occasions throughout his career but ultimately remained in a Red Devils shirt despite interest from Spanish clubs.

Tebas admits it would have been brilliant to watch one of England’s best ever players plying his trade in his league while also speaking fondly of Bayern Munich star Franck Ribery who has spent his career in France, Turkey and Germany.

“I’d like to have seen Rooney play in Spain,” Tebas told AS.

“I’d like to have seen a Premier League icon play in our League, but there’s also Ribery.”