Reports are out claiming that Millwall manager Ian Holloway has slammed the attitude of Arsenal midfielder Jack Wilshere. 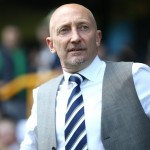 The England international midfielder made one start during England’s campaign – their final group game against Costa Rica and claimed he struggled to motivate himself for the game.

“He seemed to take Roy Hodgson’s decision [to substitute him] as a personal insult,” wrote Millwall boss Holloway in the Mirror.

“If that wasn’t bad enough, he then gave a post-match interview in which he said how hard it had been to motivate himself for the final game of England’s World Cup because he hadn’t started against either Italy or Uruguay and our fate had already been decided.

“I couldn’t believe it. Who the hell does this kid think he is?”

Holloway cited former Arsenal skipper Robin van Persie as someone Wilshere would do well to learn from.

“Van Persie is Holland’s main man, but, with the Dutch trailing Mexico, he took Louis van Gaal’s decision to replace him with Klaas-Jan Huntelaar without the slightest dissent,” Holloway continued.

“Technical ability and tactical knowledge are vital if you want to be successful at the highest level, but there are other qualities that are just as important that can’t be coached into people.”

Szczesny Will Be Important To Arsenal For Many Years To Come! – Wenger Walcott Backing Arsenal To Bounce Back From Dinamo Zagreb Defeat