Reports are out claiming that Arsenal legend Ian Wright feels Arsene Wenger’s team will be more comfortable away at Crystal Palace. 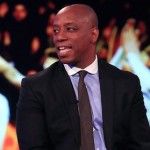 The Gunners lost their season opener at home to West Ham United on Sunday.

Wright told the BBC : “The only positive I can think about this fixture from Arsenal’s point of view is that they are away from home,”.

“This way they escape the pressure of the home crowd at Emirates Stadium, and the sighs and the tuts they get when players misplace passes or when things are not going well.

“The away supporters are much more tolerant and that is what the Gunners players need at the moment while they look to put things right,” he added. Aaron Ramsey On The Brink Of Signing New £100,000 A Week Arsenal Contract