Reports are out claiming that Real Madrid skipper Iker Casillas has admitted that Borussia Dortmund had them on the wrack in last night’s Champions League clash. 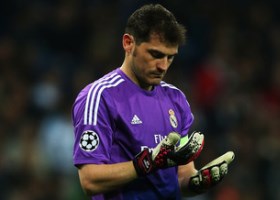 The Bundesliga side won 2-0, but fell short 3-2 on aggregate as Casillas denied them with a string of fine saves.

The Spanish international said: “The first goal is an error from us and the second is after losing the ball in the centre of the park. We had mental strength because with 2-0 in the 37th minute a lot of things go through your head and all this after missing a penalty. The positive thing is that we’ve learnt to suffer in these games. These errors cannot happen in semi-finals.

“It was too much suffering, I think deserved. Maybe it’s good to have this kind of experience every now and then to know nothing is easy. The errors at the back have made us suffer all game, but better in this game than in the more decisive ones in two weeks.”