Reports are out claiming that Real Madrid goalkeeper Iker Casillas has broken a cleansheets record after their Copa del Rey win over Espanyol. 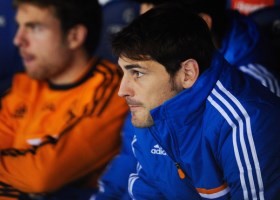 The Spanish international is the Real Madrid goalkeeper with the most consecutive minutes without conceding a goal.

The Whites’ captain kept another clean sheet in the match against Espanyol and has now gone 682 minutes without conceding a goal. The record was previously in the hands of Buyo, who went 658 minutes without letting in a goal in 1994/95.