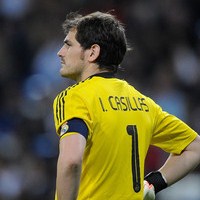 The Real Madrid captain is confident of overturning Bayern’s 2-1 lead in the second-leg in Madrid.

“We knew Bayern were good in set pieces in which they cross the ball to the near post. We have to take into account they also have good players. It’s happened to us before, but we shouldn’t dwell on it. We’ve lost 2-1, meaning we scored on the road, which is important,” said Casillas.

“Luiz Gustavo did block my view in the first goal. You don’t notice it at first because it all happened very quickly, but he was offside.

“Coentrao was phenomenal throughout the match. We came here to win, but Bayern scored early in the game. We had chances to score and managed to keep the draw for most of the second half, but Bayern scored in the end. The tie will be decided in Madrid.”