Reports are out claiming that Barcelona senior players are encouraging Real Madrid captain Iker Casillas to join them at the Nou Camp. 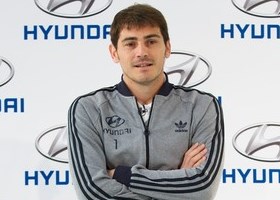 The Spanish international goalkeeper again was benched for the El Clasico on Saturday, but was not without support from inside the home dressing room.

El Mundo Deportivo claims that many senior players, upon greeting Casillas, said: “Come with us to Barcelona, Iker.”

Xavi Hernandez, Andres Iniesta, Gerard Pique and Cesc Fabregas are all close to the Spain goalkeeper.

Real Madrid To Honour Ronaldo Ahead Of Sporting Gijon Match