Nemanja Vidic insists his departure from Manchester United is no reflection on manager David Moyes. 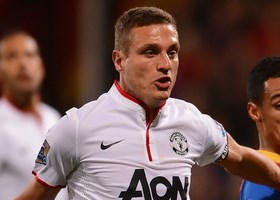 Despite their troubles under Moyes, the Serbian centre back insists his decision to leave the club has nothing to do with the retirement of Sir Alex Ferguson.

He said: “It had nothing to do with my decision. The time has come. Time for change and a different challenge in Italy.

“It has been great eight years. Great memories – five titles, the Champions League and to play with so many great players.

“I’ve developed as a man. I have no regrets.”