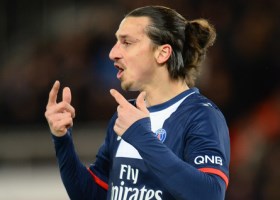 Mourinho was asked about signing the super Swede on Canal Football Club.

“He’s happy at Paris. I know because he is my friend and we are in touch.

“PSG, with all its wealth, would never open the door. That’s mission impossible.”