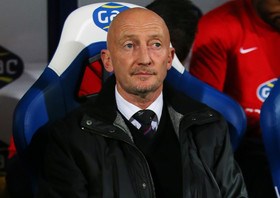 The 50 year old wrote in the Sunday Mirror: “I haven’t got a clue who will end the season as Premier League champions.

“At various times already over the last three months, I have veered from Manchester City to Chelsea to Arsenal to Manchester United – with a little bit of Tottenham and Liverpool thrown in.

“Even predicting the top four has become hazardous, given the way teams like Southampton and Everton have been performing.