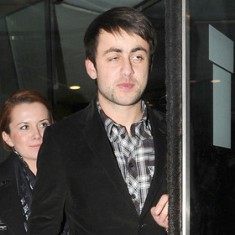 Mikel Arteta believes Lukasz Fabianski can help Arsenal realise their target of a Champions League finish after impressing on his first appearance in more than a year against Bayern Munich on Wednesday night.

Arsène Wenger’s decision to rest his established goalkeeper, Wojciech Szczesny, was a pre-match talking point, with the manager saying that he wanted to give the Pole a break from the pressure, which might have contributed to his nervousness and erratic form. It has been a trying season for Szczesny, who also endured a nightmarish European Championship last summer in Poland, when he conceded a soft goal, was sent off, suspended and later dropped.

Fabianski has struggled with a succession of injuries – he last played against Sunderland in February of last year – but the Pole seized his chance against Bayern, in Arsenal’s 2-0 Champions League second-leg win, which was not enough to prevent an exit on away goals, and he is in contention to retain his place at Swansea City on Saturday.

Fabianski made two fine saves in the second half to deny Arjen Robben and Thomas Müller; his handling was sound throughout and his command of the penalty area was part of an encouraging defensive display from the team. Arteta, the captain in the absence of Thomas Vermaelen, who was dropped, suggested that Fabianski was ready to play a key role in Arsenal’s run-in.

“I would hope so,” Arteta said:. “He [Fabianski] has done it against Bayern, so why can’t he do it in the following games? He was terrific mentally as well. There was a lot of pressure on him and he came in and was fantastic. He dominated the box and made a great save as well in the second half. We are really happy with him because he has been working really hard.”