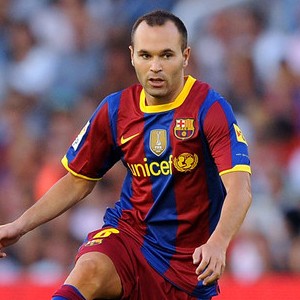 “He’s a great boost. I know I’ve played against him at junior level internationally and against Liverpool, he is also a leader with Argentina,” said Iniesta.

“He will come in handy because he not only defends, but has great ball skills.”