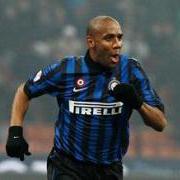 Defending champions Internazionale’s season gained more momentum when they beat Genoa 2-1 in the last 16 of the Coppa Italia to notch up their seventh successive win in all competitions.

Following on from a morale-boosting 1-0 league victory against arch rivals AC Milan on Sunday, Inter were quickly into their stride against their Serie A counterparts when Brazilian Maicon fired in the opener from 25 metres on nine minutes.

Just five minutes into the second half and Maicon’s cross found Andrea Poli, whose neat one-two with Joel Chukwuma Obi set up the 22-year-old to give the home side a 2-0 lead.

Inter were cruising to victory until Genoa’s Valter Birsa made it 2-1 with two minutes of injury time remaining, though they held on to move into the quarter-finals where they will play fellow Champions League last 16 qualifiers Napoli.