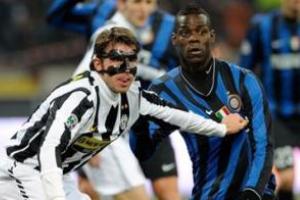 Mario Balotelli scored a minute from time to give Internazionale a 2-1 win over beleaguered Juventus in their Coppa Italia quarter-final.

Media reports have said a caretaker could now be appointed until the end of the season with ex-Juve defender and Italy U21 coach Claudio Gentile among the favourites.