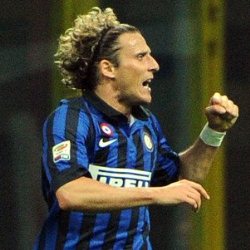 A second-half fightback from Inter Milan ended their losing streak on Sunday evening, as Claudio Ranieri’s side drew 2-2 at home against Catania.

Having lost their last four league games going into this one matters appeared to be worsening for the nerazzurri as they went into half time two goals down after Alejandro Gomez and Mariano Izco both struck for Vincenzo Montella’s team.

However, Diego Forlan and Diego Milito both found the back of the net in a nine-minute blitz from Inter as Ranieri’s team managed to score twice having not registered a goal in their previous four league outings.