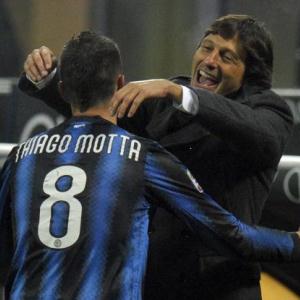 Leonardo made a winning start as Internazionale manager after the Champions League holders downed Napoli 3-1 in a pulsating Serie A encounter at the San Siro.

Former Liverpool manager Rafael Benitez departed due to a disagreement with the Inter president Massimo Moratti in the aftermath of their win in the Club World Cup in December, but Leonardo seems to have brought fresh spirit to the squad.

The Brazilian coach, who was manager of city rivals AC Milan last season, was settling down when Thiago Motta thumped home a glorious volley on five minutes from the edge of the box after a superb team move. Man Utd In Contact With Inter Milan For Fredy Guarin