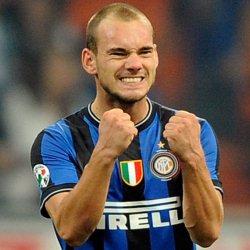 The Sunday Mirror has reported that Inter Milan’s board will meet on Tuesday to sanction the sale of the Dutch international to Manchester United.

And Inter boss Gian Piero Gasperini said: “I try not to be worried about Sneijder.

“He is one of the best players in Europe. But I am convinced we can find a new player when he goes.”

The former Real Madrid midfielder will be the £35million replacement for Paul Scholes. Man Utd, Barcelona To Do Battle For PSG Defender Marquinhos