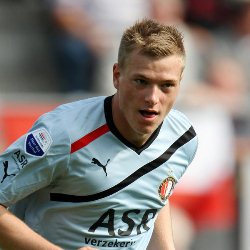 The 19 year old Swede has been a revelation in Holland this season, scoring 14 goals in 14 games.

His form has attracted interest from rival clubs, including Arsenal and now Inter Milan.

Guidetti only signed a new deal City last summer – though was actually a free agent for over a month.

Wayne Rooney : It Would Be Great To Beat Man City To The Title!