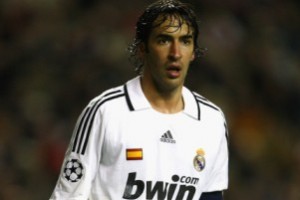 Serie A champions Inter Milan are reported to be keeping tabs on Raul’s situation at Real Madrid.

It was said that Raul faces the final six months as a Real player as coach Manuel Pellegrini goes with the younger Gonzalo Higuain and Karim Benzema as his attacking options.

Inter coach Jose Mourinho remains a big fan of Raul and would love to bring him to Italy next season for a career swansong.

Raul also has offers from MLS, while he could even hang up his boots and join the football staff at Real next season.