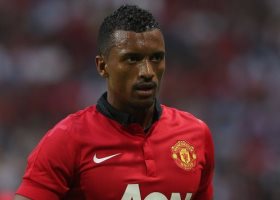 It is said that Serie A clubs are convinced United will sell the Portugal international at the end of the season.

Juventus have asked United to keep them informed of Nani’s situation leading up to the summer market.

But Inter, says Tuttosport, are also interested in the midfielder, who despite penning new terms with United earlier this season, remains on the outer of manager David Moyes’ long-term plans.