Interesting transfer news are out claiming that Inter Milan are preparing their January market campaign in the shadow of Erick Thohir’s takeover. 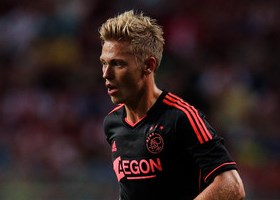 Tuttosport revealed that the Italian giants are putting out feelers for some of Europe’s best young players, with Cagliari midfielder Radja Nainggolan high on the shopping list.

Genoa defender Sime Vrsaljko, who only made the move from Dinamo Zagreb in the summer, is also being scouted intensively.

And Ajax midfielder Viktor Fischer is another ‘young champion’, as Inter directors refer to him, being actively pursued ahead of the winter transfer window.