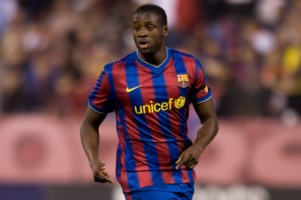 Interesting transfer news are out and it has been reported that Italian champions Inter Milan are monitoring Yaya Toure’s situation at Barcelona.

The Ivory Coast international midfielder is clearly unhappy with his situation at the Nou Camp and is considering a move away.

Yaya Toure’s agent has declared that the player would welcome a move to Premier League clubs Chelsea or Manchester United, but Inter Milan are also reported to be keen.

It is believed that Inter Milan management sees Toure as cover for French veteran Patrick Vieira, who is likely to leave at the end of the season.

We Couldn’t Come Back Against Athletic Bilbao – Andres Iniesta