Reports are out claiming that Inter Milan legend Javier Zanetti has spoken of his relationship with Chelsea boss Jose Mourinho.

The Portuguese tactician led Inter to the Treble during his time in charge. 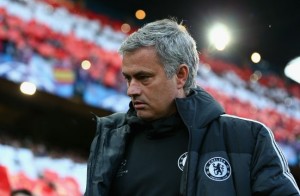 The Argentine legend said : “In his first year we won the Scudetto. He gave us his great mentality and in every arena we walked into his strength prevailed,”.

“Great players arrived, but the year before the elimination to Manchester United taught us something. 2009-10 was a difficult campaign, as we were out in the first half against Dinamo and Mou told us he wanted to risk with many strikers on the field.

“Wesley Sneijder scored and at that moment we realised something could push us on to fight with the other big clubs.

“Against Chelsea we fought for qualification in London and Mou told us to be wary of Frank Lampard and Didier Drogba. By limiting them, we’d have won the game.

“The last month was exhilarating, but just as we won everything, we could’ve lost everything too. Talking to Moratti we remember the game with Siena for the Scudetto and the whole year was so tough.

“The Champions League Final in Madrid seemed as if it had been written for us. It was a magnificent night, I remember the warm-up and the Nerazzurri section was packed. I said to myself: ‘We can’t lose.’

“It was my 700th game for Inter and my first at the Bernabeu. It felt like a film and fortunately one with a happy ending. After so many years this unique moment had come and fortunately I was able to lift the cup as captain. We were aware of our strength.”