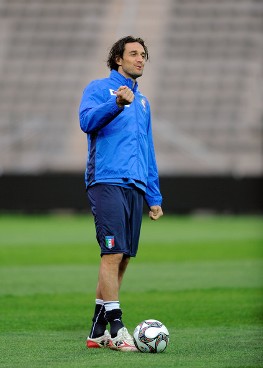 Interesting transfer news are out and it has been reported that Italian champions Inter Milan are moving for Bayern Munich striker Luca Toni.

It has been reportd by local newspapers thast Inter Milan are turning to Toni after being frustrated in talks with Lazio for Goran Pandev.

Pandev remains Inter’s top target, but his contract situation is complicated and there’s no guarantee that Lazio president Claudio Lotito will agree to sell him in January.

In the meantime, Inter Milan have opened negotiations with Toni, but again developments could prove tricky should Bayern show coach Louis van Gaal the door before the winter market opens.