It has been reported that Inter Milan fullback Yuto Nagatomo has been offered to Manchester United. 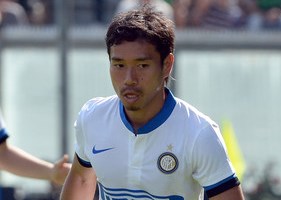 The Japan international was a favourite of former United manager Sir Alex Ferguson and the Daily Mail says his representatives have made contact with the Premier League giants this month.

United manager David Moyes is in the market for a new left-back, though the 27 year old is well down on his shortlist.