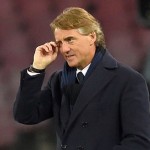 And the Inter Milan manager is said to be confident he’ll pull off his stunning treble deal in the summer.

Mancini will then soon turn his attention to Toure, 31, and Kolarov, 29.