It has been reported that the prospect of a Premier League move for Inter Milan midfielder Mateo Kovacic is gathering pace. 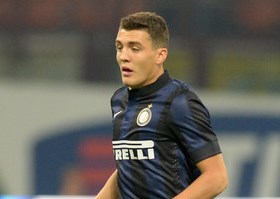 The Daily Express revealed that Kovacic has made 25 Serie A appearances this season, but with 16 of those coming as a substitute, the Croatian youngster is ready to seek a move to gain more regular playing time.

Kovacic cost Inter £9m last January and it reports in Italy suggest that any of Chelsea, Arsenal and Manchester United would be willing to match that figure to bring him to the Premier League.

But the Nerazzurri aren’t willing to take a loss on Kovacic and are thought to want at least £12.5m for the player.