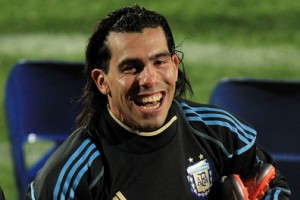 Interesting news are out and it has been reported that new Inter Milan boss Rafael Benitez will make a move for Manchester City striker Carlos Tevez.

It is believed that Benitez, who has penned a two-year deal with the Nerazzurri, wants to bring the Argentine ace to the San Siro for £35million.

The Spanish tactician was keen to bring Tevez to Anfield last summer when he made the move from Manchester United across town but Liverpool funds prevented the move from going ahead.

But now with an improved war chest, Benitez is expected to chase Tevez hard as he attempts to emulate Jose Mourinho’s treble, achieved last season.

Yaya Toure : I Don’t Blame Arsenal For Rejecting Me!