It has been revealed that Inter Milan have tied up Nemanja Vidic for a summer Bosman move and now turned their attention to Arsenal’s Bacary Sagna. 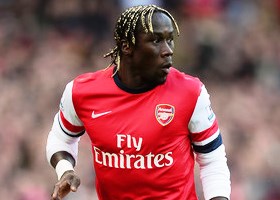 The Gazzetta dello Sport report that the Nerazzurri has now finalised negotiations with Vidic’s representatives this week during a trip to London.

The defender and his representatives are believed to have put pen to paper on a three-year deal with the San Siro side, starting at a €2.8m (£2.3m) net salary with the potential to rise to €3.3m (£2.7m).

The meeting this week in England was apparently to finalises particular details to that contract, including image rights.

The Frenchman is said to have failed to agree terms of an extension to stay on with the Gunners beyond this summer and Inter are seen as leading candidates for his signature that reportedly also includes Liverpool and sides from Spain.