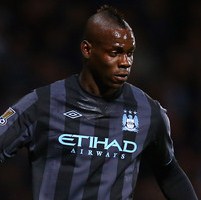 Reports are out claiming that Inter Milan coach Andrea Stramaccioni has admitted his admiration for Manchester City striker Mario Balotelli.

Inter director Pietro Ausilio was in England over the weekend fueling talk of negotiations with City over Balotelli’s return.

Stramaccioni said : “For me he is a player of great quality, a striker who in the last Euros has proved his worth and has been confirmed in the Italy team,”.

Ausilio is also working on terms with Corinthians for midfielder Paulinho and in talks with Shakhtar Donetsk for Fernandinho. David Silva : I Have Grown As A Player With Manchester City