Reports have emerged claiming that Arsenal are competing with Inter Milan for Benfica striker Rodrigo Moreno. 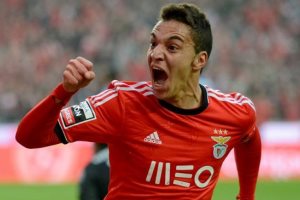 The People reported that Gunners manager Arsene Wenger is keen on the 23-year-old Spanish striker, who played in the Premier League for Bolton on loan as a teenager, and would pay the £28million fee.

But the Lisbon giants expect Inter to match the price and whisk Rodrigo to Serie A instead.

Wenger reckons Rodrigo, who is owned by an investment firm, would be a good fit for Arsenal but Inter will offer better terms.