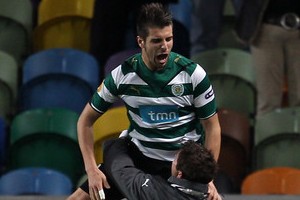 Italian champions Inter Milan are closing in on a deal for Sporting Lisbon midfielder Miguel Veloso.

Portuguese newspapers have reported that Inter Milan are willing to pay €18 million to land the Portugal international, who has been linked with Manchester United and Barcelona this season.

Jose Mourinho’s future at Inter isn’t expected to influence any deal – which the Serie A champs hope to conclude before the World Cup.

Fiorentina are also keen, but lack the spending power to compete with Inter.