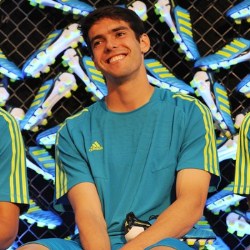 Transfer news from the Serie A is out and it has been revealed that Inter Milan are making a bid for Real Madrid midfielder Kaka.

Radio Marca has reported that the Italian giants is ready to offer €31 million for the Brazilian international – almost half what Real paid AC Milan for Kaka two years ago.

Real chiefs are anxious about finding a buyer for Kaka – who is not regarded as a first-choice by coach Jose Mourinho.

Chelsea, Manchester City, Milan and Leonardo’s PSG have all asked Real about Kaka’s situation since the end of last season.

However, Inter are the first club to make a firm proposal for the former World Player of the Year.