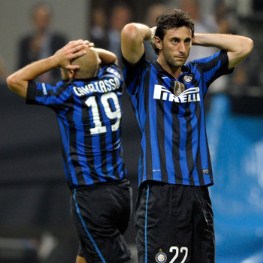 Italian giants Inter Milan were stunned by Trabzonspor as the Turkish stand-ins began their Champions League season with a shock win at the San Siro.

The 2009 champions began their Group B campaign against a team only in the tournament because compatriots Fenerbahce had been kicked out due to match-fixing allegations.

They dominated much of tonight’s proceedings but were made to pay for a lack of dynamism up front as Ondrej Celustka was on hand to provide the visiting fans with a joyous celebration.