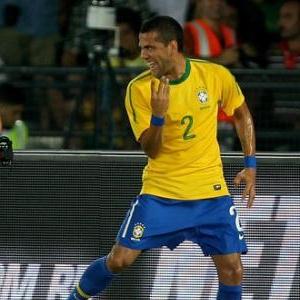 Brazil claimed a 3-0 win over Iran in a friendly match in the United Arab Emirates and continued their winning streak since their World Cup quarter-final exit.

Goals by Dani Alves, Alexandre Pato and Nilmar gave Brazil their second win in as many games under new boss Mano Menezes, who coached the five-time World Cup winners to a 2-0 friendly triumph over the United States two months ago after he succeeded Dunga.

Brazil will next face playing Ukraine in Derby on Monday.