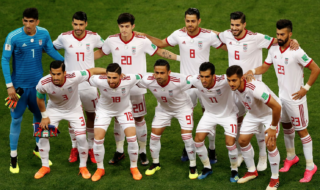 Iran’s players are free to join in the protests sweeping their country over women’s rights while they are playing at the World Cup but must do so within the rules of the tournament, says head coach Carlos Queiroz.

The rights activist HRANA news agency said 344 people have been killed and 15,280 arrested over the last two months of nationwide protests triggered by the death of 22-year-old Kurdish woman Mahsa Amini in the custody of the ‘morality police’.

Iran’s players covered up their national team badge when they played two warm-up internationals in September, which was interpreted as a sign of support for the protests, but they have been heavily criticised on Twitter in the last few days for meeting with Iranian leaders before their departure for Doha, where they trained for the first time on Tuesday.

However, Queiroz says they are free to protest at the World Cup as long as it conforms with tournament regulations and the “spirit of the game”.

“Iran is exactly like your country. It follows the spirit of the game and the laws of FIFA. That’s how you express yourself in football. Everybody has the right to express themselves,” Queiroz told a British journalist at a pre-tournament press conference.

“You guys bend your knees in the games. Some people agree, some people don’t agree with that, and Iran is exactly the same.

“It is out of the question to think that the national team is suffering any sort of issues like that, the players only have one thing in their mind which is to fight for their dream to be in the second round.”