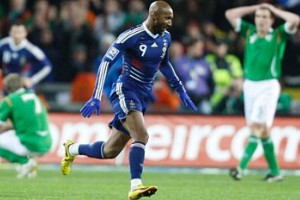 Anelka’s 72nd-minute strike, which was deflected past Shay Given by the unwitting Sean St Ledger, was enough to condemn Giovanni Trapattoni’s side to their first defeat of the qualifying campaign and send the French into Wednesday night’s return with a lead and a precious away goal.