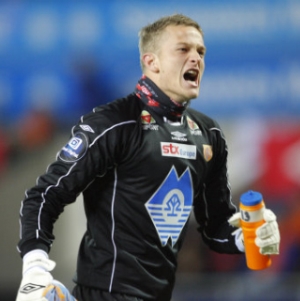 The 26 year old shot stopper is confident of being successful with the Premier League club and Sir Alex strongly believes that the Dane is the perfect replacement for Dutch veteran Edwin Van der Sar.

However Manchester United legend Peter Schmeichel believes that Lindegaard lacks the quality required to play for the the Old Trafford club.

What do you think? Is Lindegaard the goalkeeper for Manchester United? Vote now and check out what others think. Cheers!