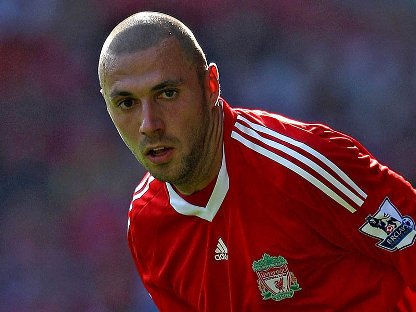 Andrea Dossena agent has revealed that the player is likely to stay put at Liverpool after news that the Italian full-back was being linked with a move back to Serie A this summer, with Napoli and Juventus reportedly showing an interest.

Dossena’s agent Roberto La Florio said that the Serie A transfer market closing on Monday and he believes the chances of the player returning to Italy are slim.

He also said that he knows nothing regarding those rumours and that he doesn’t think that Dossena will return to Italy saying that it is difficult for an agreement to be reached and that it is too late.

Dossena is said to be keen on a return to Serie A despite only moving to Anfield last season from Udinese. Juventus Not Interested In Selling Pogba To Real Madrid, PSG