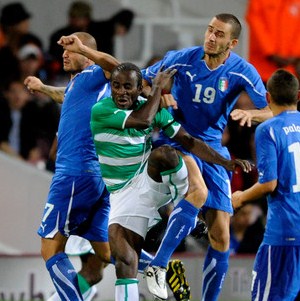 A second-half goal for Manchester City’s Kolo Toure proved the difference between the two sides, as both teams struggled to provide a consistent goal-threat.