It has been reported that Italy coach Cesare Prandelli is standing by suspended AC Milan striker Mario Balotelli. 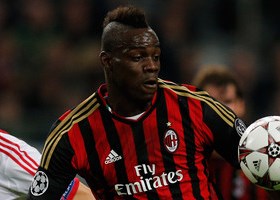 The 23 year old is serving a three-match ban after confronting match officials following defeat to Napoli.

“Balotelli sat out his ban and paid for his actions, so not calling him for Italy would be adding further punishment to the one he already had,” the Coach told TG1.

“Milan were exemplary in not appealing against the ban. Am I angry with Mario? Yes, like all those who care about him are.”