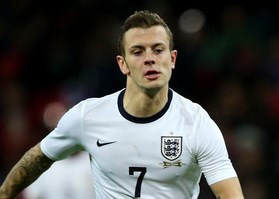 The England international’s career has been blighted by a series of ankle and knee problems which makes the Gunners especially mindful of his conditioning when on international duty.

Wenger said: “We play 60 games per year and he will certainly have to be managed.

“Unless his pains go completely then he will be used when needed. If there is an alert on his ankles, we will of course take advice from the medical department and use him when he can really be used.

“I have been told by the medical team that there is no concern in the long term. He is just still recovering from his inflammation.

“It is hard to leave him out but we have 25 players in the squad and we can deal with that problem with no problem.”